Severe storms rolled through the Plains May 7, 2014 damaging homes, flooding roads and leaving at least two people injured. Heavy rain, as much as 5 inches in some areas, resulted in several people being rescued from the high waters, and flash flood emergencies were issued until the rainfall ended.

On one of those roads, two FloodBreak passive flood barriers deployed automatically, lifted by the rising floodwater, to protect the below grade garage. Parked cars were saved not to mention the expense of cleaning up the damage. The storm caught many building residents by surprise and some were not even aware that the flood barriers had deployed until they were alerted by neighbors. Flash flooding is often localized and can happen unexpectedly, without sufficent time to protect vulnerable openings. 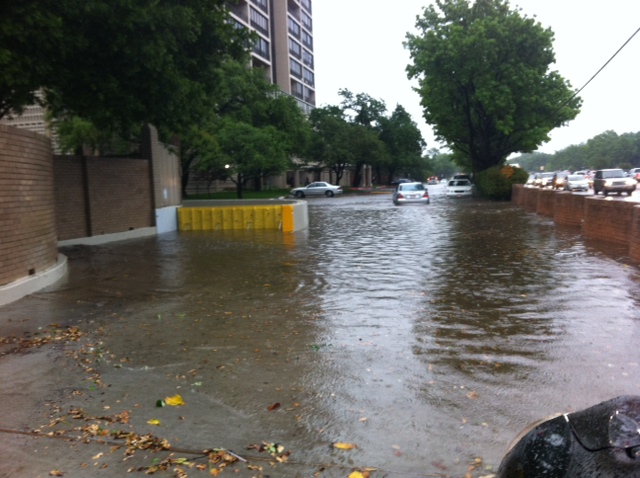 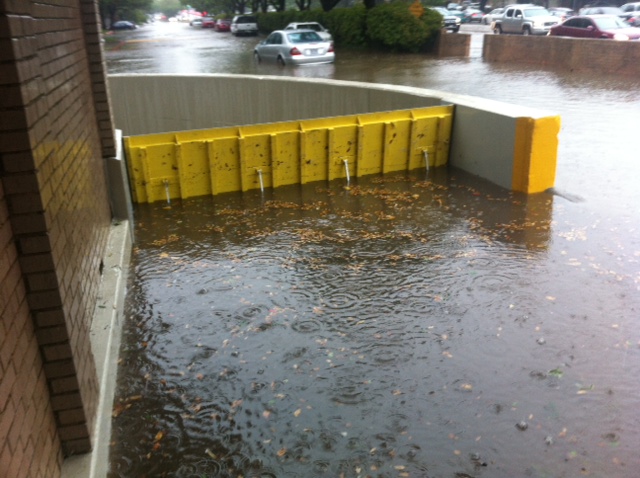