Another devastating flood hit Houston, TX but FloodBreak customers were not worried.

The most significant flood event in Houston, TX since Tropical Storm Allison in 2001 had many facilities managers worried about flooding but not FloodBreak customers who could rest easy knowing the passive automatic floodgate would deploy automatically without human intervention or power. Multiple properties were protected. 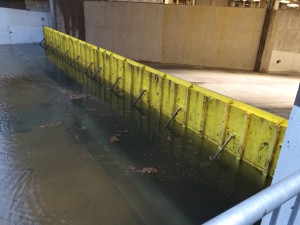 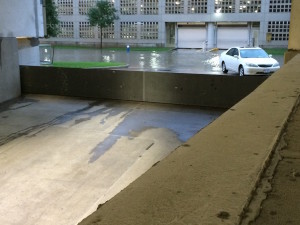 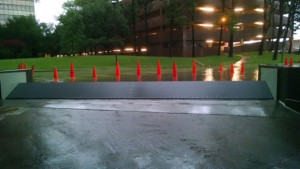 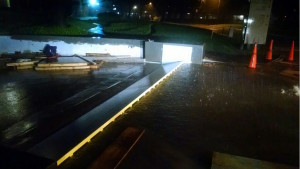 No facility personnel had to be present to actively close the floodgates. No need to rush to facilities in dangerous driving conditions. The barriers deployed automatically.  And in some cases, they had deployed and then returned to their hidden position when the flood waters receded and personnel could get to the facility.

The FloodBreak passive system is based on a simple concept: let the power of the rising water lift the gate. No people. No power. See how it works.  FloodBreak passive floodgates automatically deploy when flash flooding overpowers sewer lines and inundates streets.

For longtime FloodBreak customers, this was no surprise as many were also protected during the 2015 Memorial Day Flood. That unexpected storm caught many by surprise and resulted in flooded buildings even though they had active floodgates. Either through lack of advance warning or human error, those gates weren’t closed.

FloodBreak customers, on the other hand, were protected. When flooding occurred during the overnight hours, vulnerable openings like entrances at Dallas Love Field were automatically closed by passive FloodBreak Pedestrian Gates, which automatically deployed and then returned to their hidden position allowing pedestrian traffic to  enter and exit the building.