FEMA P-936, Floodproofing Non-Residential Buildings, features two hospital flood mitigation projects with floodwalls and FloodBreak® passive flood barriers. The new publication is intended to assist local government officials, engineers, architects, and property owners involved in the planning and implementation of floodproofing retrofits. Both hospital mitigation projects were FEMA funded and used a combination of floodwalls and passive flood barriers to protect the lifeline institutions. The combination is an effective approach for hospitals as it provides the flood protection these critical institutions need to ensure that they can provide healthcare to their communities while also ensuring full access for patients and staff until a flood event is imminent. You can find the full publication on FEMA’s website.  . Go to FEMA website 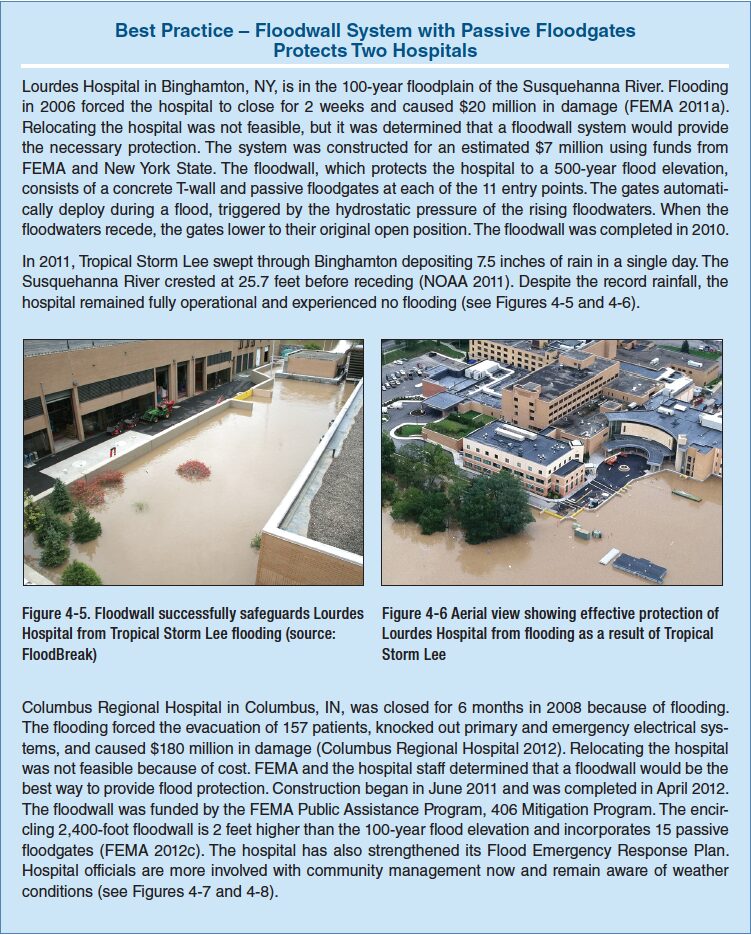 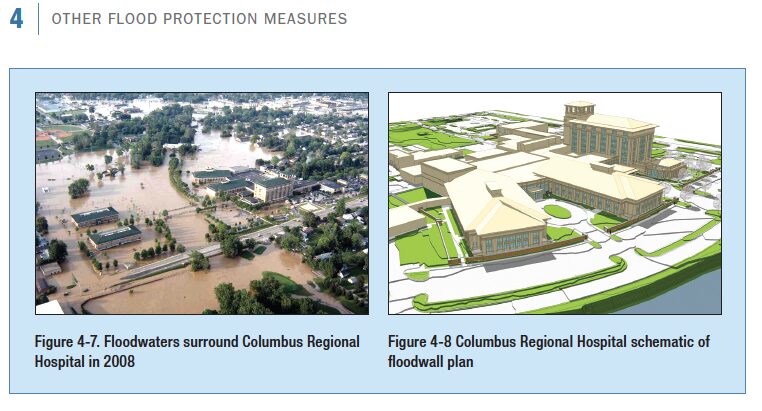 FEMA issued a new Floodproofing Non-Residential Buildings publication  (FEMA P-936 ) to provide new information and guidance for planning and implementation of floodproofing retrofits. The passive floodgate technology used by FloodBreak has been proven in actual flood situations at over a dozen verified customer locations including many with multiple occurrences.

But you wouldn’t know it unless you looked very closely as they are covered by carpet and instead of the the standard aluminum wiper walls, they use polished concrete, stained to match the historic building architecture. Though hidden, they provide 24/7 flood protection and should another storm surge or flood occur, the floodwater will cause the buoyant floodgates to deploy and seal against the sidewalls.

Results
The Rosenberg Library is the oldest public library in Texas in continuous operation. It holds about 7,500 items related to the history of Galveston and the Republic of Texas.  Hurricane Ike resulted in devastating damage but the library today is better than ever and protected against future storms. 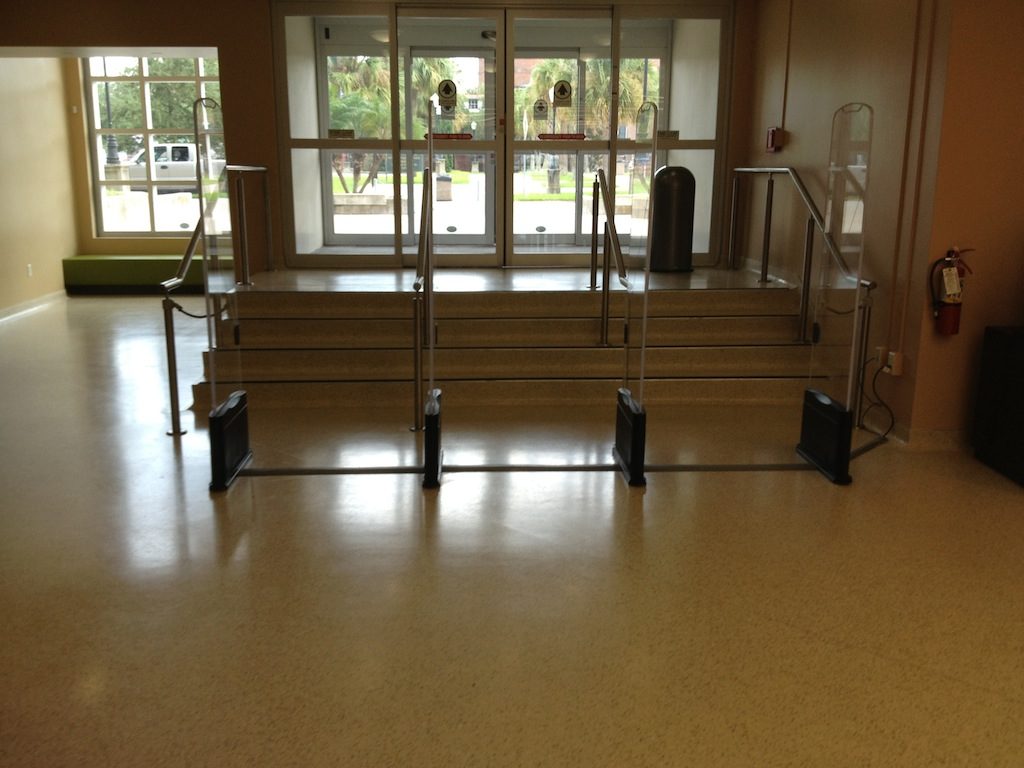 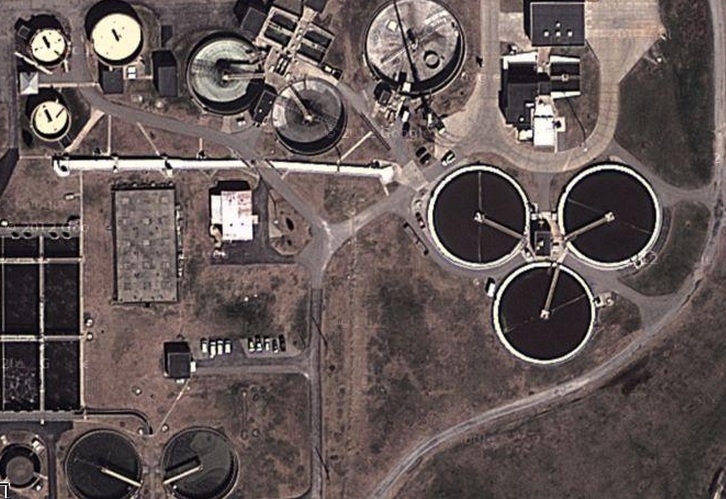 The Sanitary District of Decatur, a wastewater treatment plant in Decatur, IL is permanently protected from flood damage should the flooding that is ravaging many towns in the Midwest, threaten their facility.  They will not have to use personnel to fill and place sand bags around the plant nor undertake other flood fighting activities.  In 2012, the Sanitary District of Decatur added a floodwall and installed 7 FloodBreak® floodgates to protect the perimeter of their facility. 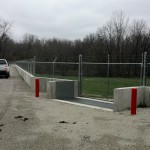 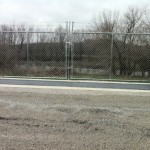 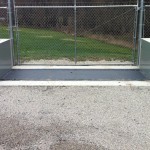 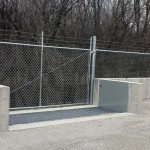 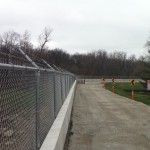 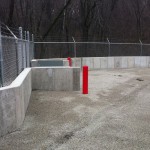 Having recently completed its Wastewater Facilities Improvement and Expansion Program to meet the needs of Decatur’s area residents and industries well into the 21st Century, they realized the importance of keeping floodwaters out.  The wastewater treatment plant is protected with permanent flood barriers including vehicle gates that deploy automatically to protect vehicular entrances. Designed for industrial conditions, the permanently installed vehicle floodgates remain hidden, which allows full access to the plant.

A FloodBreak® passive floodgate system was installed at the Vanderbilt Eye Institute in Nashville, TN to provide permanent protection 24/7  against future flooding. 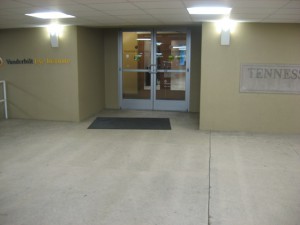 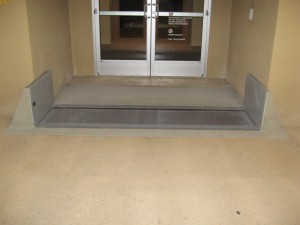 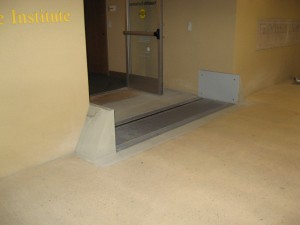 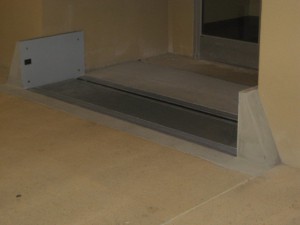 The Vanderbilt Eye Institute, a department of Vanderbilt University Medical Center, was inundated with two feet of water on the first floor in the 2010 Flood.  Flooding on the Cumberland River also damaged the Grand Ole Opry House, Gaylord Opryland Resort & Convention Center, Bridgestone Arena and LP Field – home of the Tennessee Titans.

The FloodBreak pedestrian floodgate is permanently installed beneath grade at the Eye Institue entrance and will deploy automatically, without human intervention or power, should floodwaters approach the building.  The passive system is comprised of a buoyant beam that is lifted by the hydrostatic pressure from the rising floodwaters to prevent the water from entering through the doorway.  Self activating gaskets seal the barrier against the sidewalls.

The University of Texas Medical Branch (UTMB) is an 84-acre campus on Galveston Island that was devastated by Hurricane Ike.   FEMA awarded the state of Texas more than $90 million, in the form of a Public Assistance Grant, for flood mitigation including FloodBreak passive flood barriers as part of dry floodproofing measures. FEMA requires that all non-residential structures that are located in Zone AE and are to be substantially improved must either have their lowest floors elevated to or above the base Flood Elevation (BFE) or be dry floodproofed (made substantially impermeable) to or above the BFE. 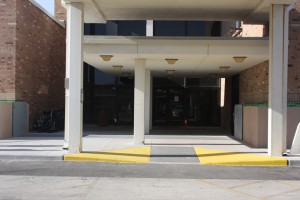 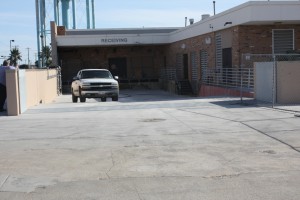 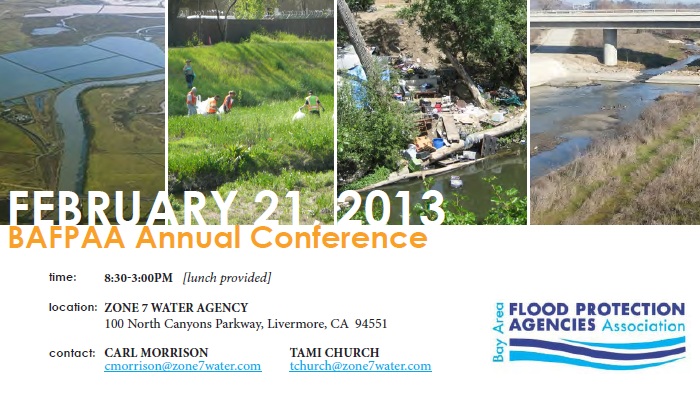 The all-day conference will be held at the Zone 7 Water Agency in Livermore, CA.

Can’t get there but want to see how passive flood barrier technology works?

FloodBreak presented flood mitigation technology solutions at the National Aerospace Organization (NAO) conference in November, 2012 in Cocoa Beach FL.  The conference: Protecting Military Airbases & Commercial Airports from the Destructive Forces of Nature and was designed to help military airbases or municipal and regional airports protect their facilities, aircraft, personnel, and assets against the destructive forces of nature including hurricanes and flooding. 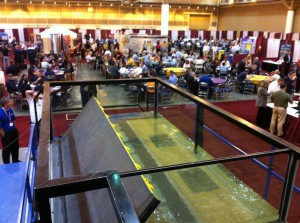 FloodBreak demonstrated its passive flood mitigation technology with a demonstration trailer where viewers could see the passive flood barrier lifted by the hydrostatic pressure from the floodwater. 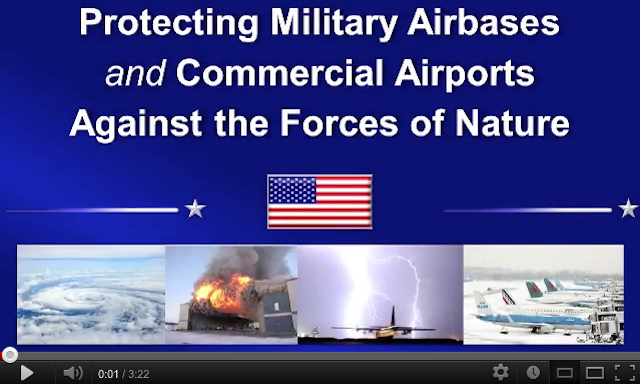 Columbus Regional Hospital is now protected from future flooding thanks to hazard mitigation and a floodwall with 15 FloodBreak® passive floodgates.

END_OF_DOCUMENT_TOKEN_TO_BE_REPLACED

Why does the flood barrier float? 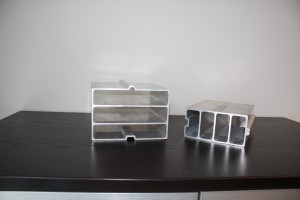 The FloodBreak passive flood barrier is actually a buoyant panel constructed of hollow aluminum extrusions. The extrusions are designed to be structural while also providing excellent flotation. Additionally, the extrusions are chambered so that even if an area of the panel is compromised, the overall panel will still float. This is similar to the design of a ship’s hull, where bulkheads protect the ship even if the hull is locally damaged. 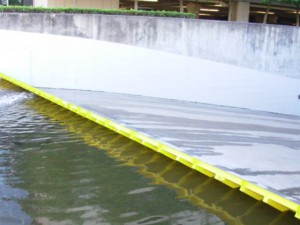 How much does the floating panel weigh?

The actual weight varies depending on the type of gate, size and any special coatings or surface treatments specified. We design the cross-section of the gate panel to ensure that the total weight is always less than the water it floats upon and include a factor of safety to ensure this. Every floodgate is certified by an independent professional engineer who ensures that the floodgate is designed to successfully deploy.