MD Anderson, a world class cancer center, is located in the Texas Medical Center in Houston TX.  In 2001, Tropical Storm Allison caused catastrophic damage to the Houston area and particularly the Texas Medical Center.  MD Anderson Cancer Center suffered significant damage and undertook a major flood mitigation project with the help of FEMA funds to protect the Center from another flood.

The work consisted of building interior and exterior flood walls and relocating critical mechanical and electrical life support systems above the 50-year flood plain so that the facility could remain in operation during a flood event. The second portion consisted of constructing a granite clad concrete wall around the entire facility, installing 25 floodgates at all of the entrances and drives and installing a series of valves and lift stations to isolate the sanitary and storm systems in the event of a flood.

Aware of the failure of active mitigation measures at many Texas Medical Center facilities, MD Anderson  sought  a permanent solution that would not require storage of panels nor involve flood doors with inflatable gaskets.  Instead, they selected FloodBreak® Automatic Floodgates, a revolutionary flood control system that provided permanent flood protection without the need for human intervention or power. The flood barriers also remain hidden beneath the entryways allowing unimpeded access to the hospital by pedestrian and vehicle traffic unless a flood event occurs.  Architecturally, the floodgates blend with the granite clad floodwalls and surface coatings of the MD Anderson Cancer Center campus. 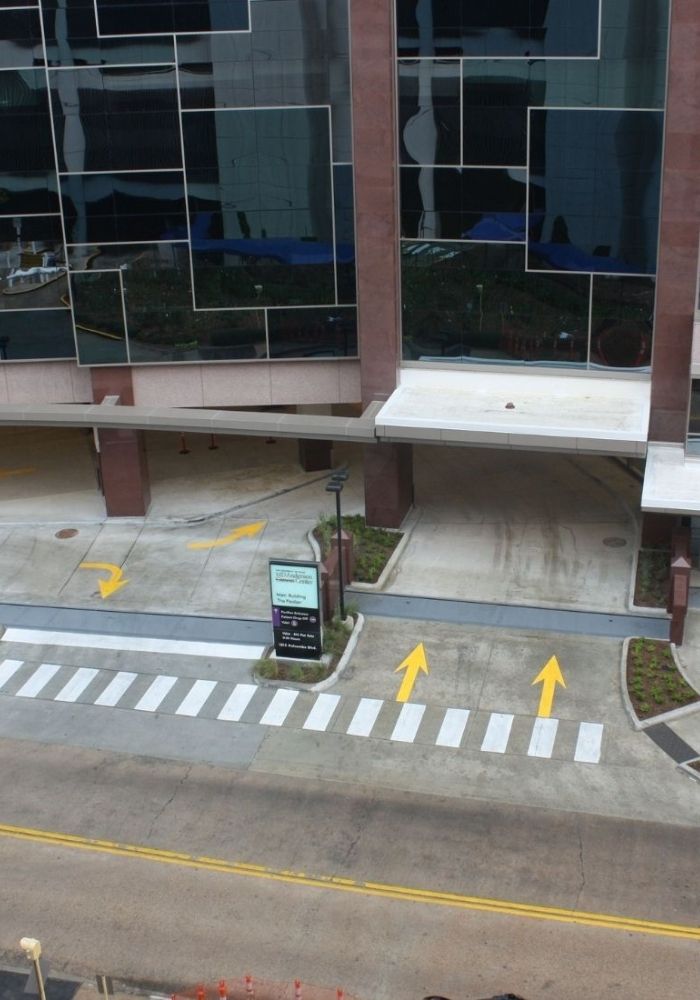 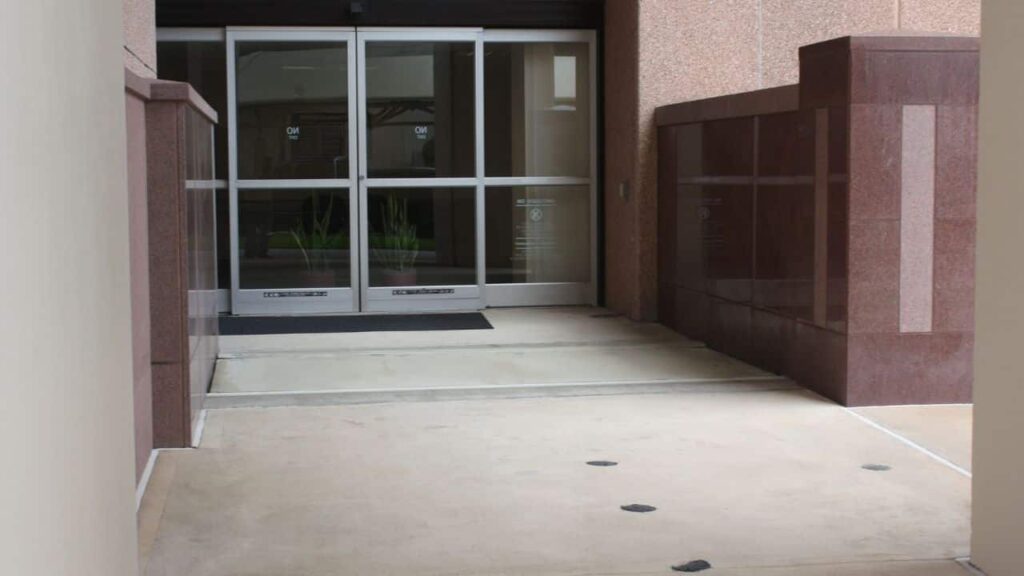 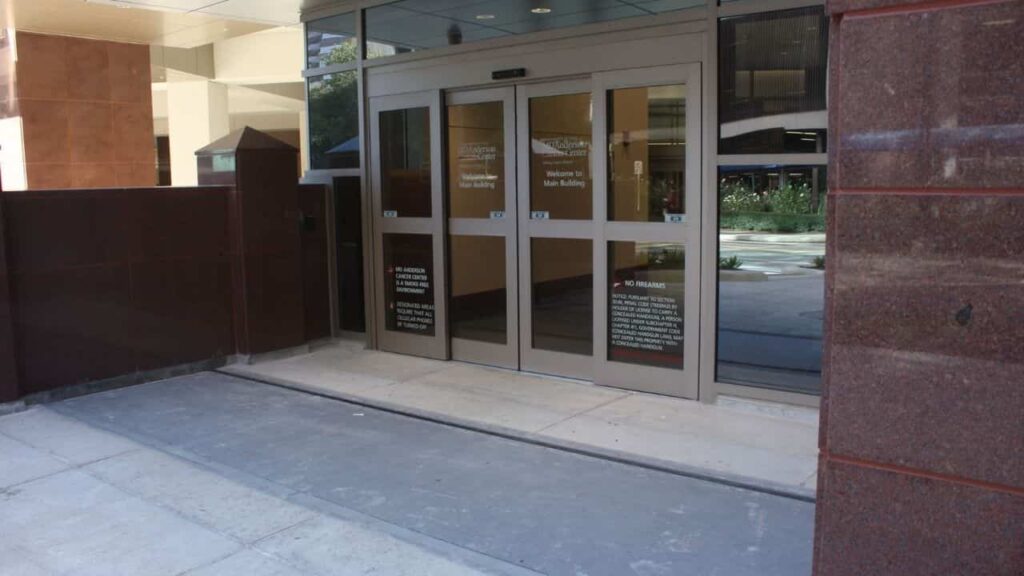